We will always welcome you with friendly, attentive service, and we are committed to providing you with the best valuation service for all your jewellery, diamonds, gemstones and watches. 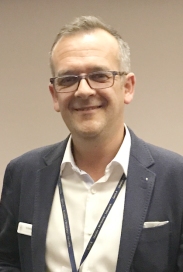 "I have been a Registered Valuer for nearly 20 years, and am comitted to providing the most professional service for your jewellery valuations, visiting you you either at your home or office, at a time convenient to you".

Tim is regularly invited to deliver workshops on valuation methodology and diamond assessment to new and future valuers in London for the GIA and Gem-a. Recently he has lectured in America at the Tucson gem show.

Winner of the 2017 David Wilkins Award

At the 2017 Loughborough Conference for Valuers and Jewellers Tim Bicknell was announced the winner of the IRV David Wilkins Valuer of the Year award. This award, voted for by the members of the Institute, is the epitome of a valuers career.